So nothing really exciting has been going on here in Korea. I came down with the flu and was sick for about a week. I had to go to Yonsei's Severance Hospital and I got medicine -_- So I'll update my food blog in a bit (but while I was sick I barely ate a thing, or hardly anything worth taking a picture of).

But today I re-visited Incheon International Airport. I never really noticed how spectacular this airport actually is (because when I arrived I was so tired and didn't really take any pictures). This airport is apparently the "Best Airport" for 7 years or so says the banners. But this airport is definitely something. While stepping off the train to the terminal I noticed the Ice Forest, a large indoor ice-skating ring...inside an airport!! 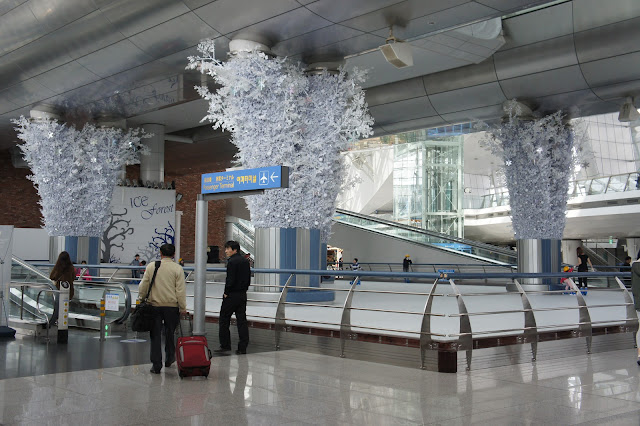 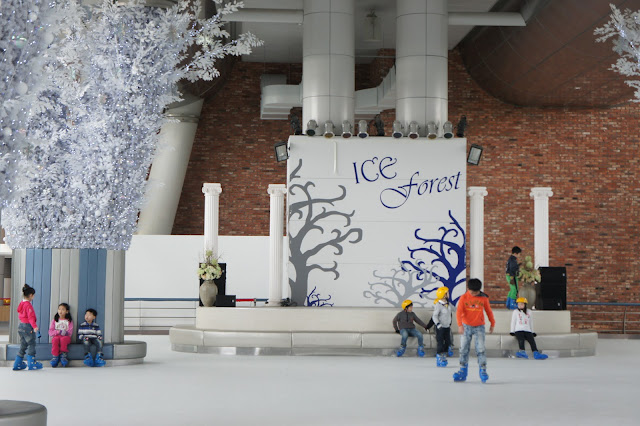 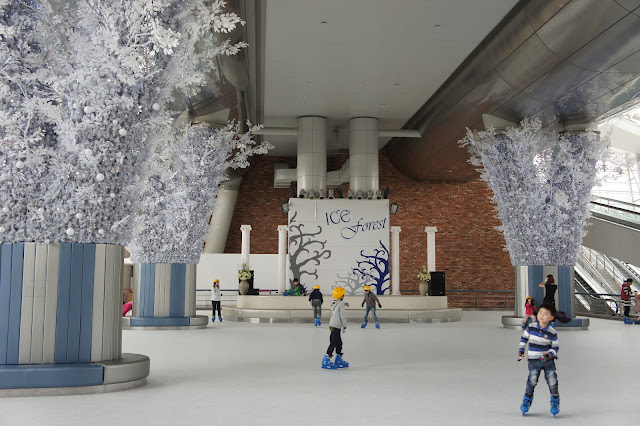 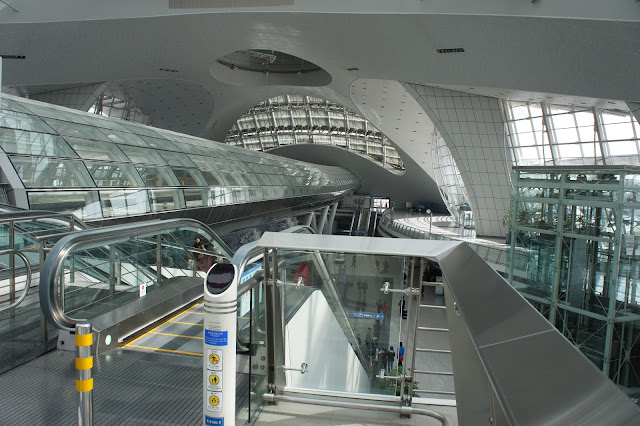 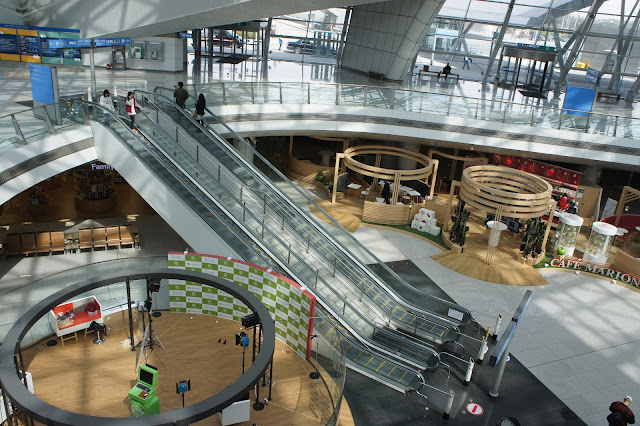 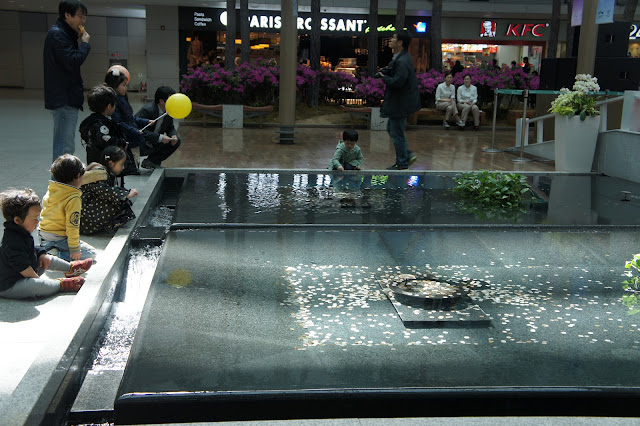 The airport has everything! There's a huge food court, multiple water features, beautifully arranged plants and flowers used as the centerpieces for the seating areas, internet lounges, and large Samsung televisions that air K-Dramas. 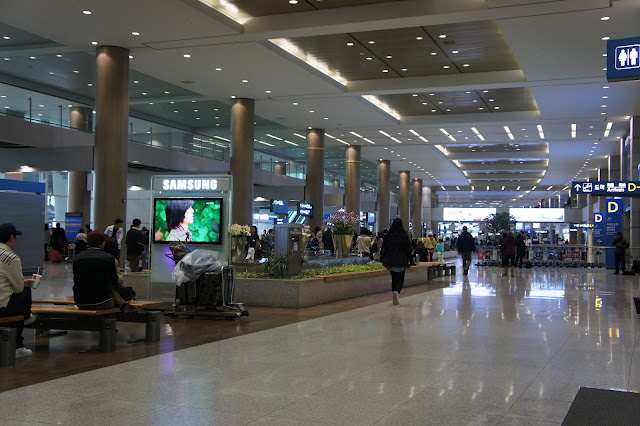 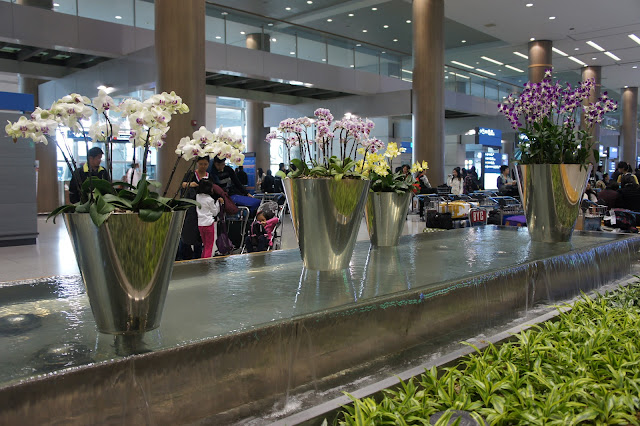 While exploring the food eateries, I stumbled upon Jamba Juice! Jamba Juice's are practically don't exist in Korea. There's maybe one other Jamba, but other than that Korea's #1 smoothie franchise is Smoothie King which I'll try once the weather gets warmer. 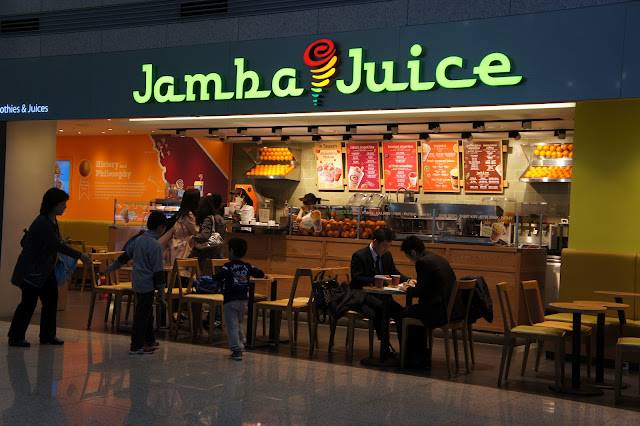 Incheon International Airport also has a stage where entertainment can usually be found during the afternoon-evening hours. 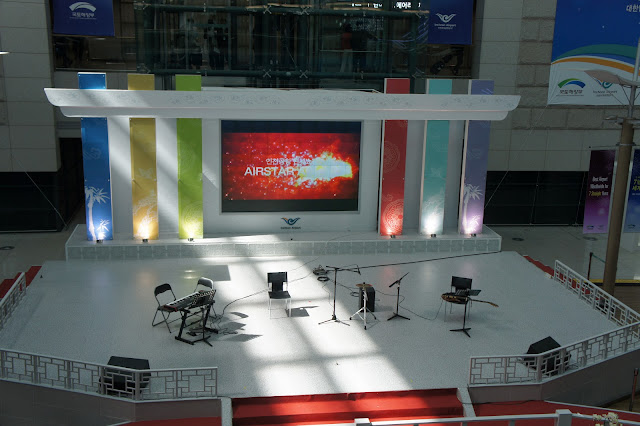 Posted by Jonathan Pang at 9:51 PM

Jonathan Pang
This coming semester (Spring 2012) I will be studying abroad at Yonsei University in Seoul Korea. Keep in touch to follow my Korean adventure!